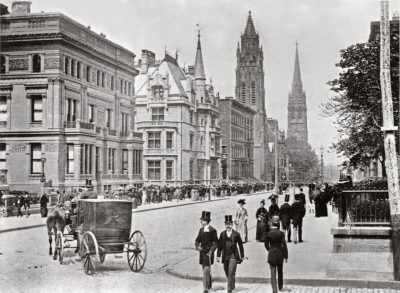 The Great War dramatically changed almost everything and everyone on Menelon. That is no secret. What is not generally known is what those changes were, and how they affected each culture. The war spanned three continents and an unknown number of islands. For a rare few, the major impact of the war was the presence of a military port or depot. Unfortunately, as the prologue to Raven's Tears makes clear, for everyone else, things often reached genocidal levels of horror:

When war came to the continent of Sylantia, it divided the great kingdoms of that land and tore them asunder. The remnants of humankind were refugees in their own lands, hunted, killed, enslaved, and eaten by the tens of thousands.

Püran-Khir, once the jewel of Vin-Nôrë, the great City of Kings, Diadem of the Northern Peaks, the City of Fountains, had for 60 years been raped, pillaged, scavenged, and defiled.

Few remember that, during those darkest decades of the war, Cascadia was still living in beau-monde bliss. You see, the middle of the fifth century was the height of Fernwall's Nadrean Era. Built at the height of the era, the famous Old Palace Hotel, with its garish, over-lit facade and posh interior is a prime example. In Dead Man's Trigger, the architectural style of the Nadrean Era is referred to as "a study in its extravagances". Those extravagances weren't limited to architecture.

By the turn of the sixth century, Cascadia had been supplying three armies on two continents for nearly thirty years. As the Confederation's footprint grew, so did the demand for everything from swords and armor to food and clothing. At home, Cascadia was also building its own army and navy. Consequently, everybody was making money. The city's society scene was hot.  Conspicuous consumption was in vogue. And the good times? They just kept rollin'!

In 528 CE, in a tiny village hidden in the foothills of the Kaŝeruk range, King Charles VII signed a treaty of mutual alliance with the allied governments in exile.  Cascadia was entering the war, and suddenly every young adult that could be found was being ordered into uniform. The Confederation had chewed through the fighting age populations of two continents. Now it was Cascadia's turn to bleed.

In a dramatic turn around, the extravagances of the Nadrean Era vanished in less than two years. Profligate shows of wealth became so unseemly some estates, like Blakesly House, were simply abandoned. Others, such as the Old Palace Hotel, found themselves obliged to tone down to the new wartime sensibilities. With the lives of their own sons and daughters now on the line, efforts to support the war became the new fashionable rage. Fernwall's high society fairly buzzed in their competition to fund research into everything from medicine to maritime engineering. Basically, if it seemed an idea might win a battle or save a life, bucket loads of money poured into it.

Nearly every idea that would go on to win the war had its genesis during this time. Naval architect Mary Weathers-Strong, who would eventually go on to design the Falcon class battle schooners—of which the Golden Dawn is one—began her career at this time. The great innovations in magitech made during the Nadrea Era were turned to war time ends. The mage wind, ATAC, raven wing, human fliers, mass produced magical lighting, thermal damping cloaks; the startup capital for it all was provided by Cascadia's nobility and aristocracy. With the kingdom's wealth funding every project in sight, corruption and excess were as inevitable as the deaths on foreign battlefields.

To date, combat deaths were something Cascadians had only read about in the papers. So when the first shiploads of body bags arrived in Fernwall, the harsh realities of war came as something of a shock. The city and kingdom vastly over-reacted, and soon hawkers of crackpot schemes and miracle cures could be found in every market square. Need a revivification potion? A dozen flavors were available in Three Quarters. Want to send your newly frocked private off to war with a special, magic sword? Here's just the thing. It'll never break, and will cut through anything. Promise!

Meanwhile, in the smoke-filled, sex fueled private clubs of the burgess and aristocracy, war profiteering was becoming an art form. From price fixing to ponzi schemes; from engineered shortages to double sales of pirated goods;  if you had the right connections, you could could make a deal, and if you could make a deal, you could make big money. The black markets were also running hot. Not only could such horrific drugs as slave milk be found, but the "well trained slaves" addicted to it.

Information, too, was a prized commodity. As in all wars, intelligence and counter-intelligence operations were critical to battlefield success.  This was doubly true for the Confederation. As the war progressed, it found its massive advantage in personnel increasingly countered by Allied technology. Lacking the market forces that naturally fund and fuel innovation, the Confederation determined to buy or steal, then copy what they could not themselves develop. It was a calculated decision that preyed on the worst human frailties. It was also the decision that forged the reputation of Mister Marcus, founder of the vaunted MARCUS Agency. Again and again his extraordinary mind frustrated Confederation efforts to get their hands on critical information. Pirates could commandeer ships and battlefield commanders could confiscate enemy command posts, but lacking the classified details, exactly what a CIC was or how an ATAC worked remained a complete mystery. The cost in lives and treasure was high and it spanned the globe. There were days when MARCUS agents killed more Confederation spies than the army did soldiers on the battlefield, and some of Fernwall's underground elite were in their number. But the Confederation never did figure out how an ATAC worked, or what a CIC was. Of that, MARCUS made quite sure.

Which meant he had no resources to spare for the relatively petty crimes of Fernwall's natives. So by the time the last body was counted on Ameran Indi in 570 CE, Fernwall's underground was running like a well oiled machine. It seemed the tangled web of corruption enmeshed everything and everyone. From the Paladin Church to the Urilian Courts, the question wasn't who was on the take and who was not, it was who was on the take with whom. From the traps on the south side of the river to the villas in Angel Heights, turn in certain circles and the conclusion was you were working a side hustle.

Thus, what started as an earnest desire to support the war effort had, after sixty years of war, become a cash cow for an entitled, well connected, and politically savvy elite. For them, the message was: Stay out of the MARCUS Agency's crosshairs, and you're fine. For Fernwall's poor and middle class the message was: Support the right causes, send the right signals, and you too could become one of those "elite". Your little gang war will go unnoticed. So will murder, if the right people die; and all the best opportunities will magically come your way.

This was the world Raven grew up in, and rebelled against; the world in which Iris found herself entangled. It was the world Hal Roland came home to. The world Lady Emilia was determined to end. It's why she led the charge to have him appointed commissioner of police. By the time Raven was gliding over the skies of the city, the two had been working for nearly ten years to clean up the city, though not without push-back.

Like a virus, dirty money had infected the entire system, and had become quite adept at mutating. Many members of the house of commons were on the take, and fought to preserve the status quo. Dirty money had also seduced the nobility. Some with luxuries far above their station, others with people or land. For obvious reasons, they were in no hurry to return to the dreary lifestyles of their parents and grandparents. Nor were the commoners. Used to the illusion of power and influence the political class had so carefully cultivated, they too had cause to keep the wartime gravy train flowing.

For Emilia and Roland, killing the virus was proving to be slow work. They needed a cause célèbre. Something that would expose the evil and unite the kingdom. Who would have thought it would come in the form of a petite blond and stolen dwarven artifact.