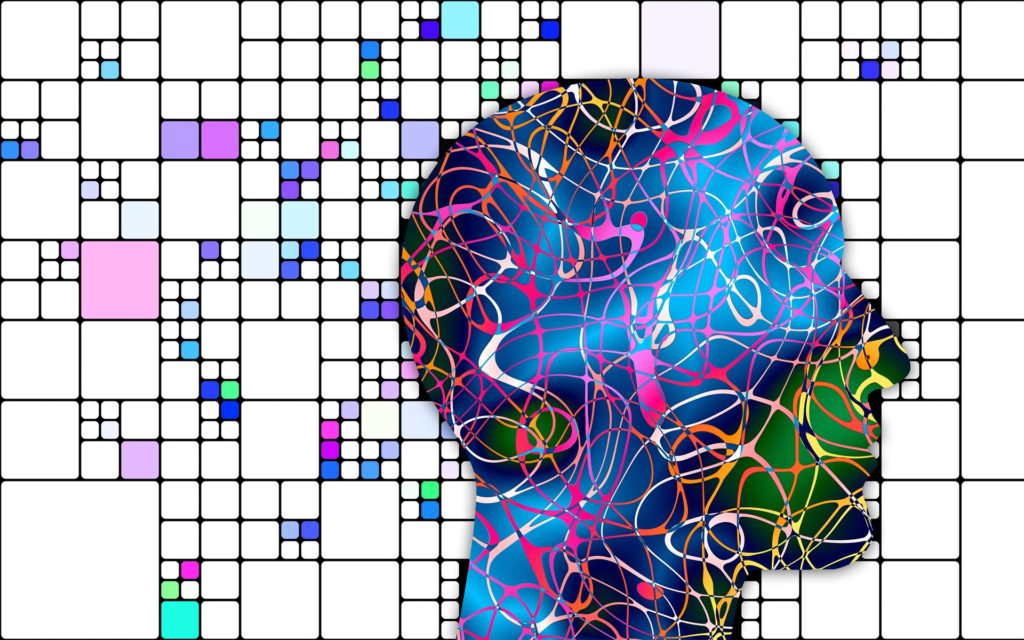 I don't know how else to put this. If you didn't know it, you may want or need to know it, so I'm just going to write it straight-up: Michael and I have spent most of 2018 dealing with the aftermath of his mother's death and his father's subsequent spasms of irrationality, followed by his abandonment of his family by his first wife in favor of that from a second.  The stress had a predictable way of suppressing both creativity and productivity for all the work we'd attempted to do through April, then culminated abruptly in the emergency relocation from our home of 30+ years. We've spent the months of May, June, and July just trying to put our lives and our work back together. I mean this literally -- we just got the last of our office equipment moved into our new home from storage this past weekend!

In better news, we have a new (to us) home in a spot that's nearly perfect for our needs, and now that we've no further obligations to give our time, money, and other resources to that old life, we've got so much more of it for the new one! Michael and I have discovered new depths in our partnership, and have come through crisis to pair bond even more strongly than  before. It seems surreal to feel so grateful, safe, and happy when the U.S. seems to be tearing itself apart. It's odd to feel whole and hopeful in the midst of so much divisive rhetoric, when there is reason to believe these are the waning days of a doomed empire. And yet.

Here's what I have learned through this most recent personal debacle: When you are a creative person, and you are all creative persons, each and every creative act is an act of resistance. To create is to kindle hope, to light a metaphoric candle against despair. In dark times, the light of one candle shines brilliantly. The darker it gets, the more it is upon each of us who can create to go on creating -- shamelessly, relentlessly, profligately -- to catch the light and hold it up as a beacon to those who feel lost, who are desperately searching for a reason to go on hoping. Go on creating, and sharing what you've created, because to stop is to concede defeat, and in these uncertain times we need all the light we can get. 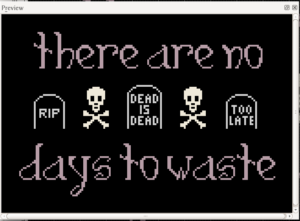 I've had the privilege of spending most of the past few days mulling over the enormity of the tasks before us, now that we've effectively lost seven whole months of our old production schedule to (ex-)family f*ckery. I spent yesterday morning with the easel and colored Sharpies and a giant sticky note pad,  writing down what thoughts I remembered, what Michael and I had discussed, all the while prodding memories of our plans from before the relocation. I listed out tasks, processes, tie-ins from everything from concepts to marketing, trying to get a sense of what a day in this new life is going to look like, and what a week is going to look like. I don't pretend that I got all of it, or even most of it, but what I've got already suggests that "there are no days to waste," as my recent sampler design states. In fact, there are going to be damned few hours! When I'm not working on the first draft of Seven for a Secret, I'll be reading Raven's Tears aloud, rehearsing for a recording session, or slamming anywhere from two thousand to five thousand words a day in preparation for the new stories to be released in serial form, or working on mailing lists, or social media posts, creating an onslaught of marketing material and campaigns, doing promotional outreach, maybe even for some of my cross stitch designs! Or designing more of them, maybe even stitching one, all against the constant, persistent drum-beat necessity of building our audience(s), reader by reader, listener by listener. And perhaps, hopefully, stitcher by stitcher.

It became apparent rather quickly that it is too much for any two persons to manage in a reasonable amount of time, on their own, but once again Michael and I find ourselves in the position of having to do it or die trying, and I mean that quite literally. There's something exhilarating in knowing that everything is on the line, and that this time, giving up is not an option. You see, I just spent the first part of 2018 proving to myself that (with the love and support of some of the best friends ever) I can succeed -- spectacularly -- against overwhelming odds. With the rest of the time I am allotted on this planet, I intend to go on proving it.

To that end, prepare yourselves for Metaphor Publications, Inc. to arrive at last in the 21st century with a podcast reproduction of Raven's Tears, read by yours truly, and offered by subscription. We're also launching a new series of novella-length short fiction stories in the Great War's timeline from a variety of perspectives, some of them non-human. Once published, these too will be turned into audio-accessible materials available by subscription. In the meantime, we're still developing concepts for an exotic, longer-term storytelling project -- a world within a world, if you will -- that has us super-excited for a chance to share it with you.

Around all that is a life to be lived -- birthdays, anniversaries, walking the dogs while holding hands, cooking meals, cuddling the cat, sweeping the floors -- and sleeping! While I don't know with certainty where we'll find time for any of it, I do know we will find time, somehow.

For what's important, we always do.