On the planet of Menelon, Magic is a complicated subject. It covers everything from “industrial magic” to witchcraft to “modern magic” performed highly educated mages that are part of the academic elite, and everything in between. The vast majority of the mages on Menelon are “blue collar” workers of magic. They perform their craft by rote; they understand only enough about what they are doing to produce the desired result—and perhaps to play around with it a bit—much as an auto mechanic understands enough about engines to “hop one up”, but doesn't understand the many intricacies of metallurgy, pressure, and temperature needed to design a functional motor. 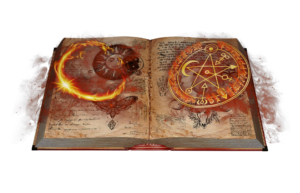 The “modern mage” is the equivalent of the mechanical engineer, or the Ph.D researcher. This academic knowledge, coupled with a magical apprenticeship, gives modern mages not only a knowledge of how to produce magical phenomenon, but why the magical phenomenon happens. This puts the mage with a modern education and understanding of magic far above the average spell caster. In the first place, they don't very often “cast spells.” When a magical effect within one of their areas of expertise is required, the modern mage designs the effect they want, and then produces it on the spot, usually with no more than a trigger word or gesture (or some combination of both). If, for example, a modern mage with expertise in morphology wished to polymorph a creature into something else, the mage's knowledge of ecology, genetics, evolutionary theory, taxonomy, cytology and biochemistry would all be called into play to (temporarily) transform (polymorph) the creature into the desired shape, more or less instantly. However, ask that same mage to (magically) start a camp fire, and unless they have a knowledge of elemental physics, they'll have to use rote magic. They'll have to “cast a spell.” 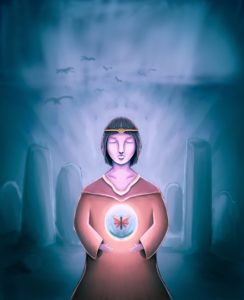 Obviously, the average mage hasn't devoted their entire education to the study of the sciences of magic. Instead, they study the result. Just as the auto mechanic couldn't write out the formulas required to blue print an engine, neither can the average spell caster explain exactly how a bird turns into a rabbit. They hold a certain mental image in their mind, pour their power into it, make certain gestures and say certain things, and the bird becomes a rabbit (for an hour or whatever). If they tweak their image a bit, maybe they figure out how to make the bird turn into a rat, rather than a rabbit; but they still can't explain the higher mathematical and biological formulas that allow it to happen.

This category of mages makes up the bulk of the real power users on Menelon, from the village witch to the military mages that the IMMC cranked out by the hundreds during the war. They may be able to maintain only one spell at a time, or they may be very powerful indeed, and just under-educated; but the one thing they have in common is that they really, really, can, cast at least one or two real spells. 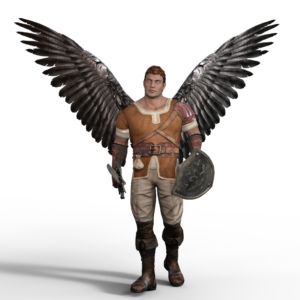 At the bottom of the magical heap are the industrial mages. These people have just a little bit of magical ability. They (usually) can't cast a real spell, but they can perform small magics with low power effects. Industrial mages are, in many ways, the backbone of the magical industry. They help in the manufacture of tactical equipment, navigational aids, the magical light orbs that light the streets of most modern cities, and most upper class houses. During The Great War, soldiers with industrial magical talent were put to use in command centers as operators of the magical plotting boards the commanders used to control the battle space. They were also trained and employed as “flyers”, persons how could polymorph (transform) themselves into humanoids with wings of various styles: Hard wings like those of the raptors, for “lancers”; soft, heavy lift wings like those of the swan, for carrying heavy loads, or staying aloft over a target area for hours at a time, and so on.

While the least powerful, the human victory over the Confederation in The Great War is as much due to a small army of industrial mages with their simple talents as to the few,super- powerful mages that hurled thunderbolts across battlefields.